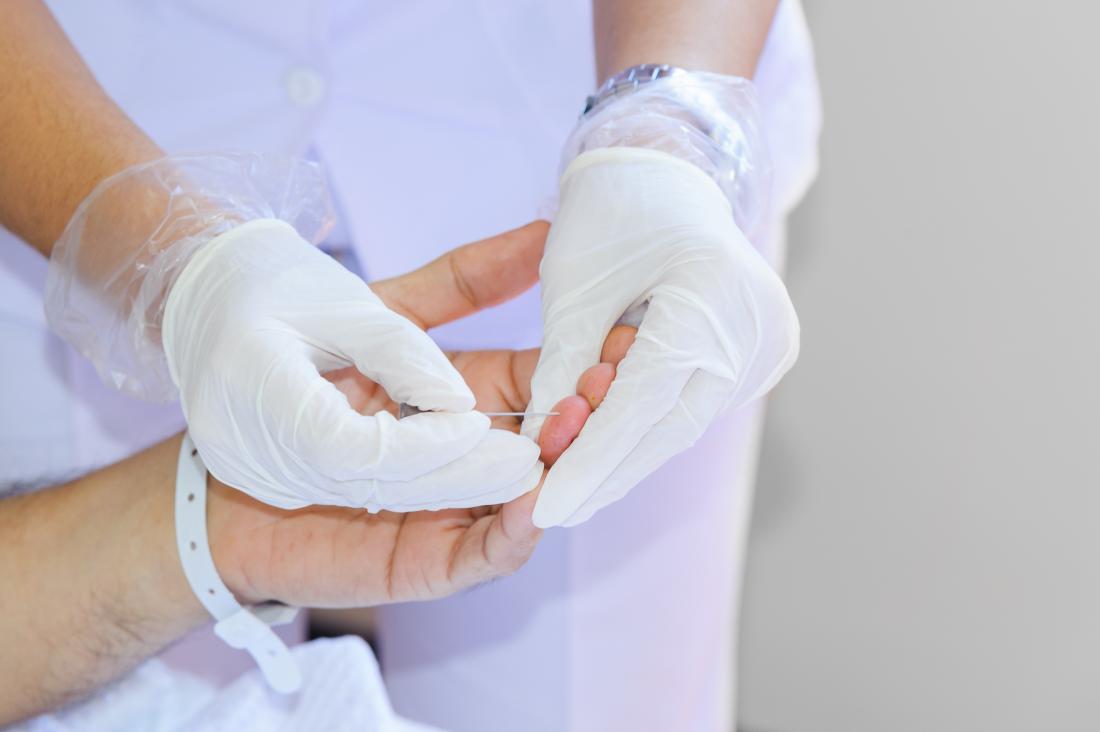 A new tool needs less than a pinprick of blood to diagnose sepsis.

According to the World Health Organization (WHO), each year, sepsis affects over 30 million people around the world.

Sepsis may also lead to around 6 million deaths each year.

To prevent sepsis from evolving into septic shock — a complication that makes premature death more likely — doctors have to diagnose it early and act on it quickly.

Yet current diagnostic methods are often symptomatic, combined with tests checking for general markers of infection or organ damage.

Also, as the Centers for Disease Control and Prevention (CDC) note, “Many of the signs and symptoms of sepsis, such as fever and difficulty breathing, are the same as in other conditions, making sepsis hard to diagnose in its early stages.”

Researchers have been looking for quicker, more effective ways of diagnosing sepsis. This has included trying to develop devices that would pick up on the presence of biomarkers for sepsis in a person’s blood.

A top biomarker for this condition is interleukin-6 (IL-6), a protein that the body produces when inflammation occurs.

Scientists believe that detecting IL-6 is a good way to diagnose sepsis because its levels in the blood tend to increase before other symptoms of sepsis appear. However, the blood concentration of IL-6 remains too low for existing tests to pick up on it.

Recently, researchers from the Massachusetts Institute of Technology (MIT) in Cambridge have developed a device that they say is sensitive enough to identify the presence of IL-6, even in a tiny amount of blood.

The researchers presented their innovative tool at this year’s Engineering in Medicine and Biology Conference. This year, the conference took place in Berlin, Germany.

Detecting sepsis in under 30 minutes

“For an acute disease such as sepsis, which progresses very rapidly and can be life threatening, it’s helpful to have a system that rapidly measures these nonabundant biomarkers,” says first author Dan Wu, a doctoral student at MIT.

“You can also frequently monitor the disease as it progresses,” he explains.

Wu and colleagues’ diagnostic tool is a microfluidics devic that is able to detect key biomarkers in extremely small amounts of body fluid. This particular device uses microbeads “coated” with antibodies.

When researchers introduce a blood sample to the device using a pipette, the antibodies latch onto the IL-6. Then, another part of the device uses an electrode and the beads that have captured IL-6, emitting an electric signal for each IL-6 bead that passes through.

This allows researchers to identify at what concentration the protein is present in the blood sample.

The entire process only takes about 25 minutes, and the device uses only about 5 microliters of blood — that is, around 25% of the total volume of a blood drop drawn through a finger prick.

Also, the new tool is able to detect extremely low concentrations of IL-6 — as low as 16 picograms per milliliter, which is lower than the biomarker concentration that indicates the presence of sepsis.

This suggests that the device is very sensitive to the presence of key biomarkers. More importantly, the scientists argue that the innovative tool is highly adaptable and could be set to detect other sepsis biomarkers, such as interleukin-8, C-reactive protein, and procalcitonin, among others.

The researchers see no reason why, in the future, others could not adapt this tool to screen for biomarkers of other conditions, too.

“This is a very general platform. If you want to increase the device’s physical footprint, you can scale up and design more channels to detect as many biomarkers as you want.”

Heart attack on a chip: scientists model conditions of ischemia on a microfluidic device

As COVID-19 cases increase, preventing a second heart attack or stroke is vital

Get paid to get the flu: Study looking for volunteers willing...

Purdue Files for Bankruptcy Over Opioid Crisis Suits, With Many States...

I had unprotected sex (today, Saturday) and I was late on...

Is a Universal Flu Vaccine on the Horizon?

Aggressive Features in Some Small Thyroid Tumors Increase the Risk for...

August 19, 2019
Cookies
To make this site work properly, we sometimes place small data files called cookies on your device. Most big websites do this too.
Accept