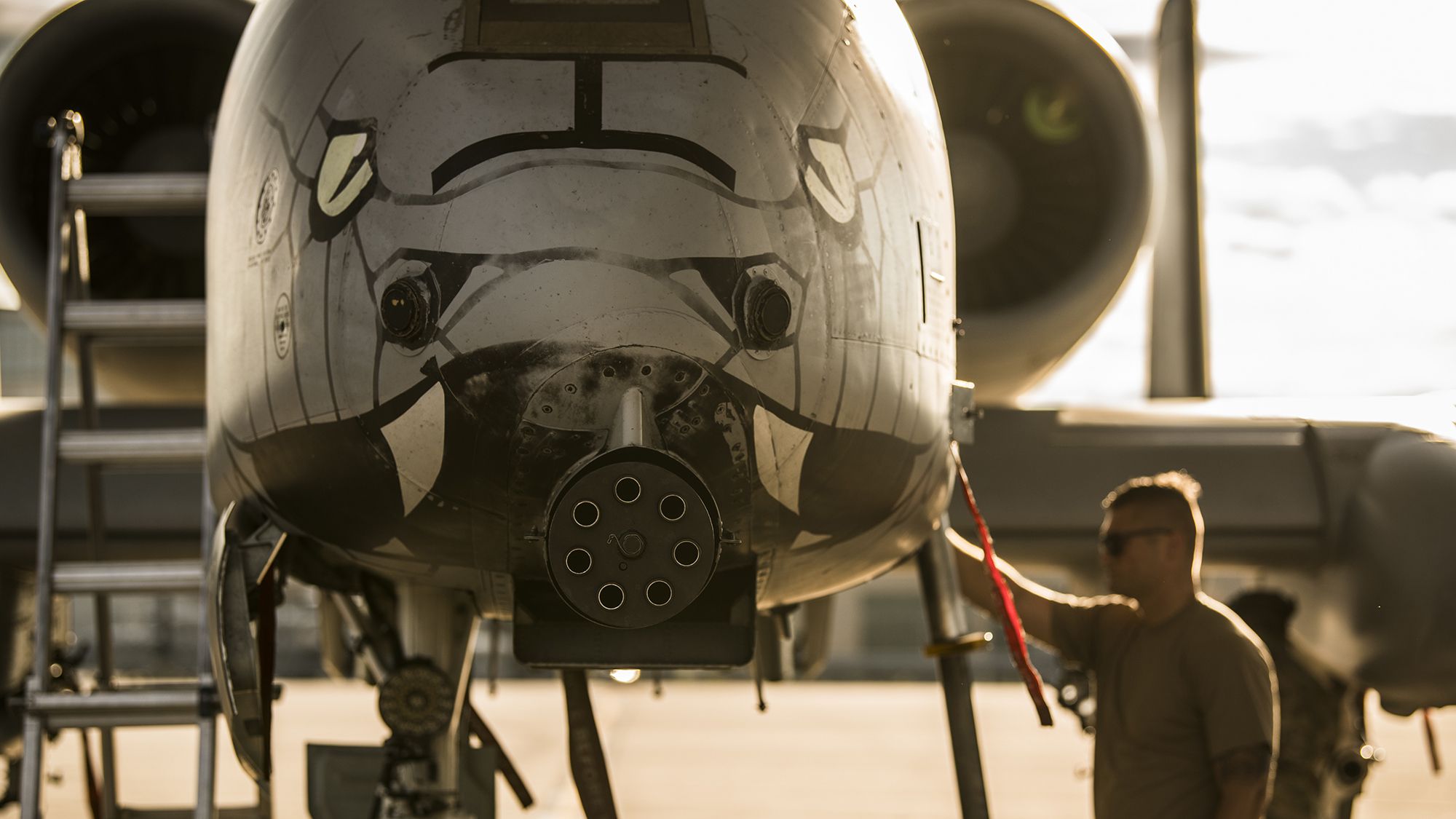 WASHINGTON — The Air Force could finally get its chance to start retiring some of its older A-10 Warthog attack planes.

The Senate Armed Services Committee on Thursday announced it had advanced its version of the 2023 National Defense Authorization Act, which supports the Air Force’s plans to divest 21 A-10s at Fort Wayne Air National Guard Base in Indiana. The Air Force said earlier this year, when it released its proposed fiscal 2023 budget, it would replace those Warthogs with an equal number of F-16s.

Politico reported on Tuesday the House Armed Services Committee planned to include a similar provision in its version of the NDAA.

If this provision makes it through the congressional process and is signed into law, it would mark a breakthrough in the years-long disagreement between the Air Force and lawmakers over the fate of the iconic attack plane.

The Air Force has repeatedly asked Congress for permission to cut A-10s in recent years, so far without success. Most recently, in the 2022 NDAA, Congress authorized all the aircraft retirements the Air Force asked for — except the request to cut 42 A-10s.

The A-10, originally built during the Cold War to mow down columns of Russian tanks if the Soviet Union invaded Europe, was used heavily in the wars in the Middle East and Afghanistan to provide close air support to ground troops.

But Air Force officials have said they worry the A-10 will not be able to survive the next war, which is likely to be a high-end fight against a major adversary. The A-10 is a relatively slow aircraft, which service officials fear would make it vulnerable to a nation with advanced air defenses such as China or Russia. The Warthog is also aging, with the average plane about 40 years old.

Critics of the Air Force’s retirement plans say the A-10 has repeatedly proven itself to be a devastatingly effective close air support aircraft, and that the service hasn’t shown it has an effective plan for a replacement aircraft.

According to an executive summary released by the committee, the Senate NDAA would also block the Air Force’s plans to retire 33 Block 20 F-22 fighters until the service submits a detailed written plan for how it would train F-22 aircrew without them. Air Force Secretary Frank Kendall said in March those F-22s are not combat-capable and are primarily being used for training.

It authorizes funding for four new Compass Calls and seven more F-35As, which were on the Air Force’s unfunded priorities list. Those additional F-35As would bring the total number the Air Force would procure in 2023 to 40.

And it would bring the EC-37B fleet up to the 10 the service originally planned. The Air Force already has six Gulfstream G550 business jets contractor L3Harris Technologies is modifying into Compass Calls, but the budget initially didn’t fund the remainder.

And it would double to 20 the number of HH-60W Jolly Green II combat rescue helicopters the Air Force planned to buy in 2023. This would bring the total HH-60W fleet to 85.

The Air Force initially planned to buy about 113 of the new combat rescue helicopters, but ultimately chose to cut the planned fleet by about one-third. The service is concerned a combat rescue helicopter wouldn’t be able to survive in the highly contested airspace that would come with a future war against a major adversary, such as China or Russia.

The Senate NDAA also aims to speed up the Air Force’s acquisition of two prototype E-7 Wedgetail aircraft, which are slated to replace the current fleet of E-3 Sentry, or Airborne Warning and Control System, planes.

The first rapid prototype Wedgetail is expected to be delivered in 2027, and a second prototype would follow. But some lawmakers are concerned that with the Air Force slated to start retiring half of its E-3 fleet in 2023, the service could find itself with a capability gap until the Wedgetail starts to come online.

The Air Force’s proposed budget sought $227 million in research, development, test and evaluation funds for the E-7. The Senate’s NDAA would add another $301 million to that effort.

And the Senate wants the F-35 Joint Program Office to provide an assessment of the business case for the future engine strategy for the fighter.

A solution for the Navy’s Growler problem?

The Senate committee proposes a potential solution to reducing the Navy’s financial commitment to a joint force mission.

The bulk of the Navy’s EA-18G Growler electronic attack jets are deployed on aircraft carriers as part of the air wing. These jets are in such high demand that the Navy is beefing up the size of the Growler squadrons within the air wing.

The Navy also has five land-based squadrons, which can deploy to places like Japan or Germany. In these cases, they’d primarily operate with Air Force jets.

The Navy proposed decommissioning its five expeditionary Growler squadrons in FY24 because, in a tight budget environment, “this is a mission that played lower … with regards to the high-end fight against China right now,” Navy Secretary Carlos Del Toro told the House Armed Services Committee in May. He left the door open to discussing decommissioning all versus some of the five squadrons.

Chief of Naval Operations Adm. Mike Gilday said in the same hearing the squadrons bring value to the joint force more so than to the naval force, adding “that’s the heart of the debate within [the Office of the Secretary of Defense] as we take a look at this truly joint capability and whether or not that investment should continue.”

SASC’s language proposes a middle ground that would save the Navy some money: keeping the jets, transferring them to the Navy Reserve, and establishing alongside the Air National Guard or Air Force Reserve “joint service expeditionary, land-based electronic attack” squadrons.

Bryant Harris contributed to this report.

Megan Eckstein is the naval warfare reporter at Defense News. She has covered military news since 2009, with a focus on U.S. Navy and Marine Corps operations, acquisition programs, and budgets. She has reported from four geographic fleets and is happiest when she’s filing stories from a ship. Megan is a University of Maryland alumna.