The annual Food Truck Wars will be taking over downtown Saskatoon this weekend. With more than 25 food vendors, there’s a variety on offer. From European dishes to Latin America to comfort food faves, here are the dishes you can expect to find.

This is the first time that Al’s Kitchen will be at the Food Truck Wars event. They’ll be offering various Filipino cuisine.

Saskatoon’s own Bartari videogame Restaurant & Bar will offer French fries with various dips and spices. They will also have a competition to see who can eat the most fries. The event will begin on Aug. 4 at 6 p.m. 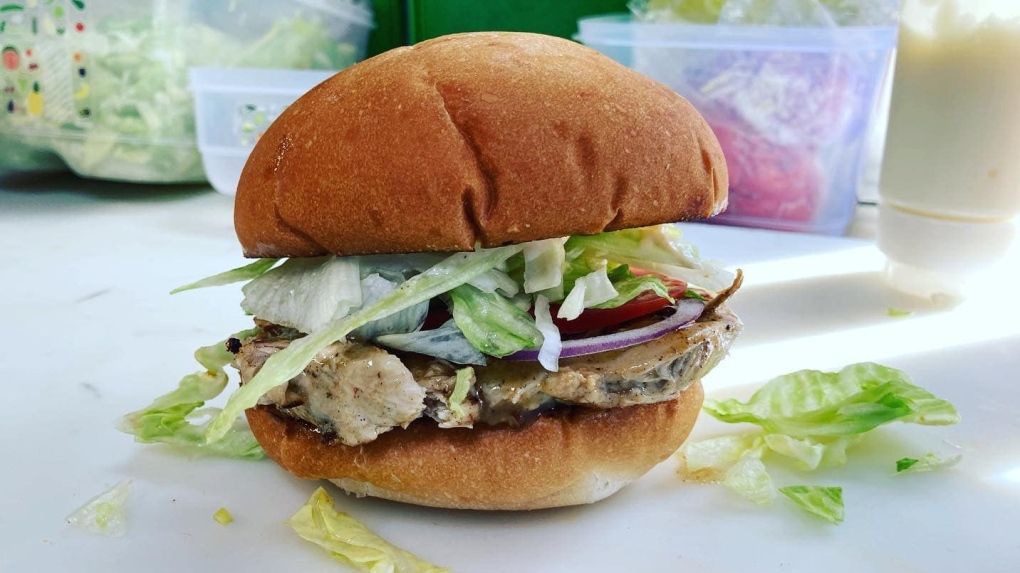 Born and raised in Saskatoon, the crew of this food truck will be offering chicken dishes, including a signature chicken burger, sliders, and chicken strips with curly fries.

Another Saskatoon-based team, Chonky Dog started up last year and has received lots of support for its ability to add flavour to traditional hot dogs. From bacon, baked beans, chilli sauce and more, customers are invited to dress their dog however they want. 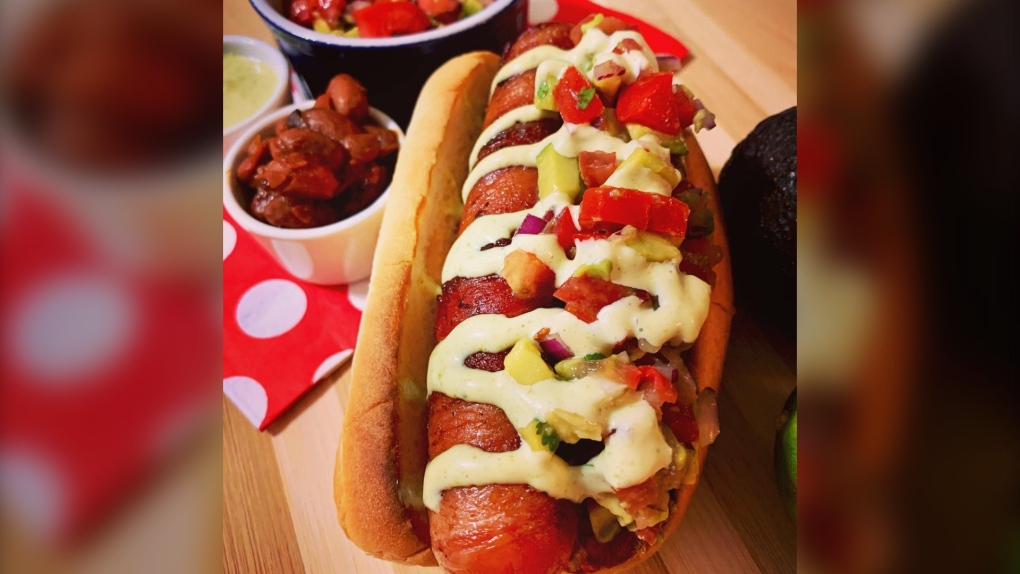 Started about five years ago by a Hungarian family, Edina’s prepared traditional European dishes like cabbage rolls, schnitzel, soups, sandwiches and salads. They’ll also be introducing a new dish this year called the Hungarian Langosh, which is similar to elephant ears.

While Hello Forks can usually be found in Manitou Beach, they’re heading into Saskatoon for the Food Truck Wars for the first time. Their menu includes cheeseburgers, mushroom swiss burgers, chicken sandwiches, and kids’ burgers.

A Saskatoon-based vendor, Hunger Cure will be selling pesto chicken quesadilla and Philly on a bun. 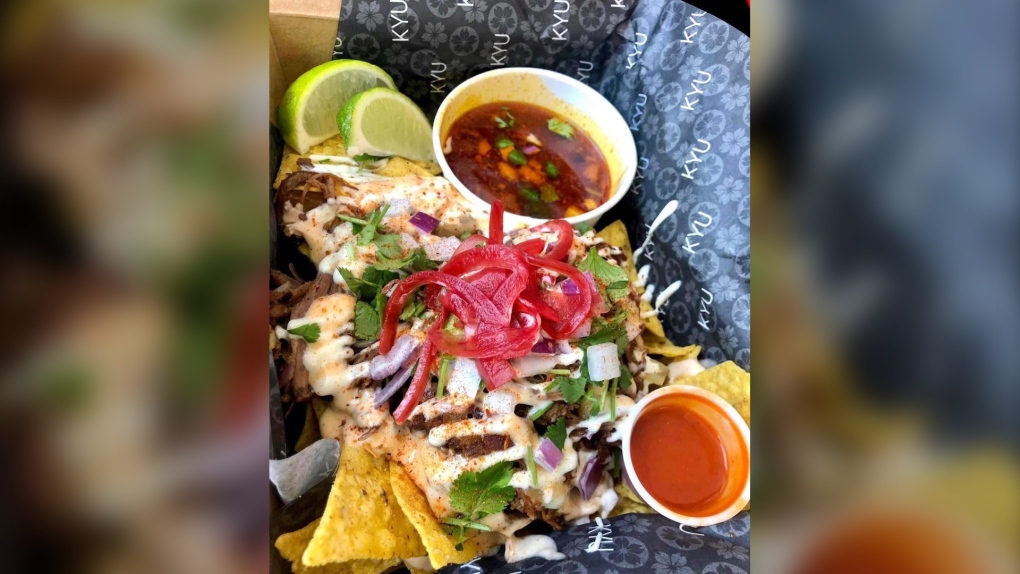 A brand-new food truck that will be making its debut at the Food Wars, they’ll offer various Latin American favourites.

Taking a Canadian favourite to the road, Smokes has over 30 types of poutine. 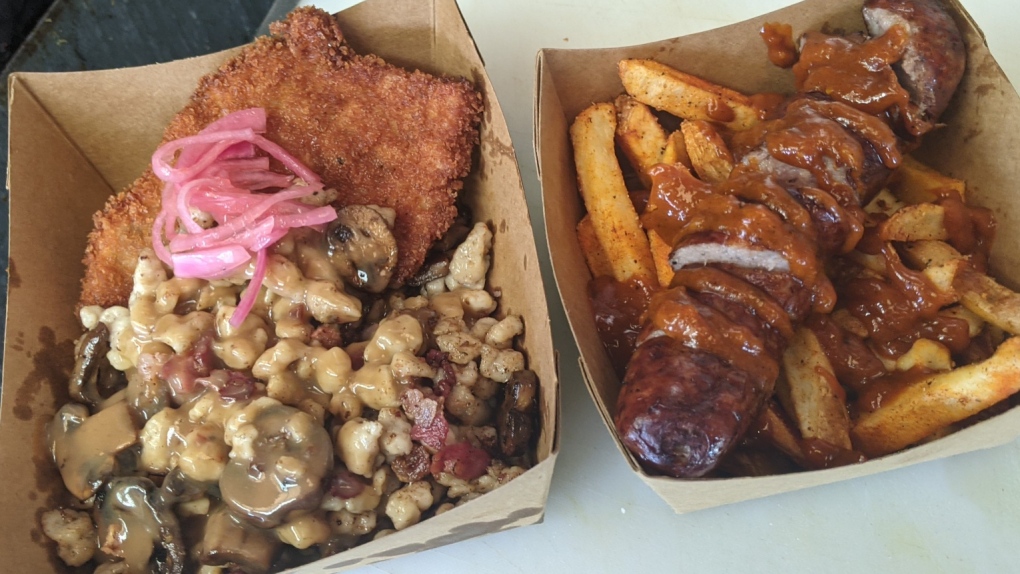 Regina’s The Frying Deutschmann will be offering German comfort food at the 2022 Food Truck Wars. (Facebook/timscateringYQR)

Based out of Winnipeg, The Churro Stop makes Argentinian food based on family recipes, including the Spanish version of a doughnut.

For the first time at Saskatoon’s Food Truck Wars, Manitoba’s Poutine King will be offering their spin on a Canadian classic.

Serving Saskatoon for over 20 years, this food truck will offer hand-popped Kettle Korn and fresh lemonade.

The Regina business was started in 1998. They will be selling mini-donuts, popcorn, and a variety of drinks like iced and hot cappuccinos, frozen lemonade, strawberry kiwi slush and hot chocolate. 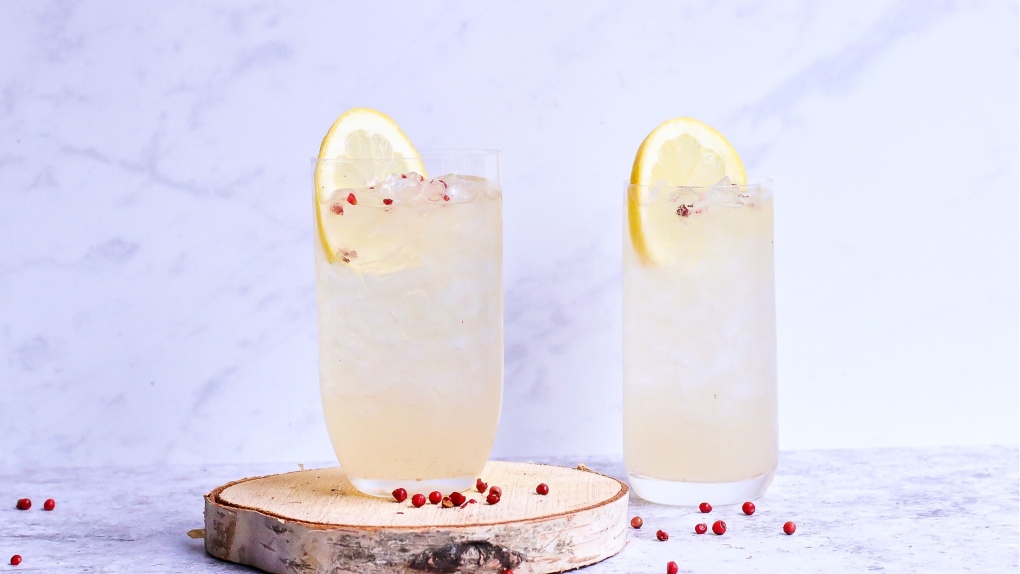 Food Truck War vendors will be offering a variety of dishes and drinks to enjoy, including fresh lemonade. (Pexels)

There will also be cultural dancing, a celebrity karaoke charity event, and a pet water station. Competitions include a pie eating contest, a hot dog eating event, a French fry eating challenge, and a flavour challenge where competitors pick between dishes.

The event runs from Aug. 5-6 on Fourth Avenue and 23rd Street.