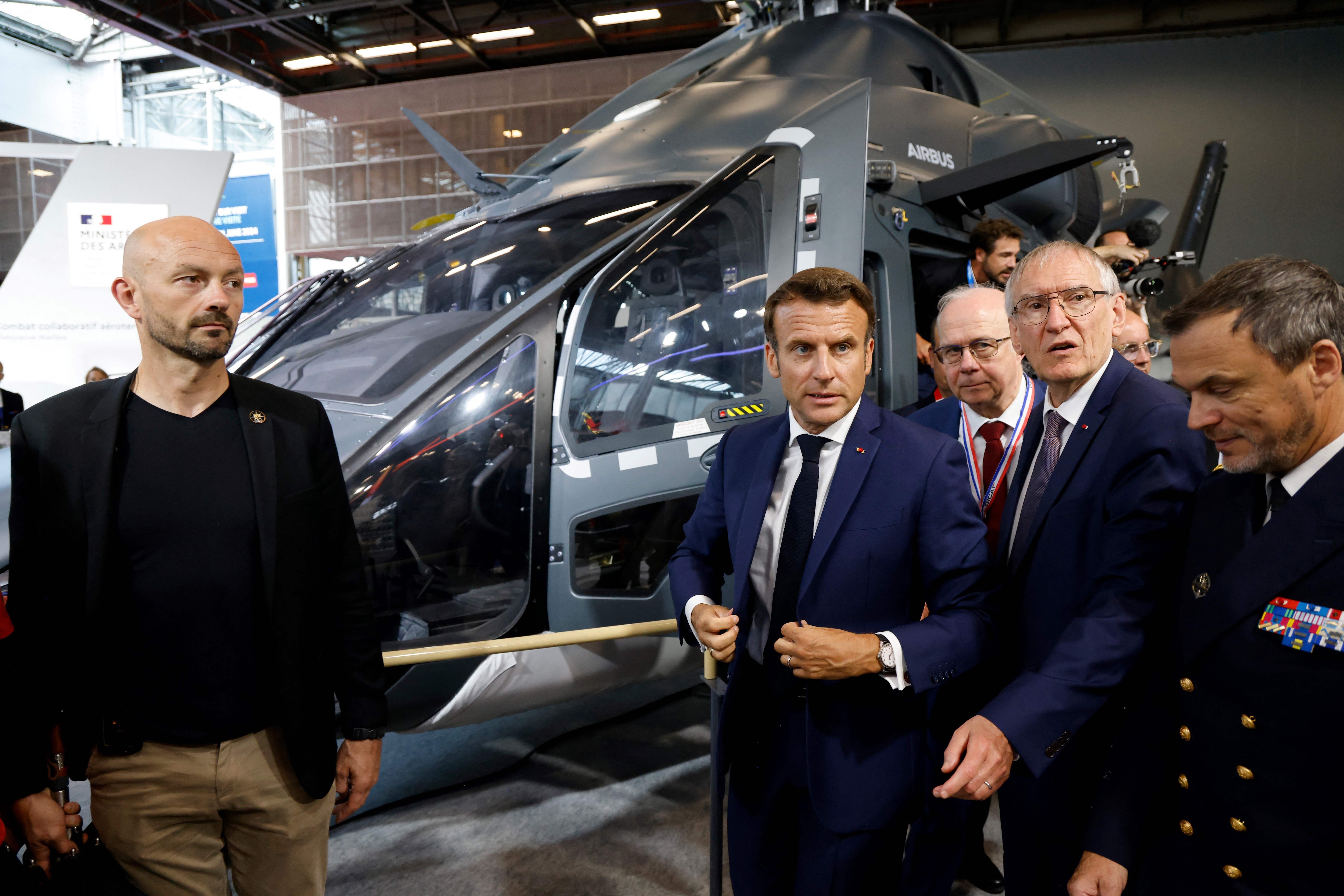 As the nation’s Army moves ahead to field three new rotary-wing platforms by 2025, the ability to partner those systems with autonomous and semiautonomous technology will be a gamechanger, said Stéphane Kammerer, a general engineer for armaments second class at the French procurement office, DGA. That rank is equivalent to a one-star general in the U.S. military.

Those three programs — to develop the H160M Guépard joint light utility helicopter; to perform midlife upgrades on the NH90 Caiman multirole aircraft; and to launch the Tiger MKIII upgraded attack helicopter — will mark the first time the French Army has “multi-capabilities” on helicopters, noted Kammerer.

“I feel that today, we don’t really imagine all the fields of these capabilities and what could be possible to make with such a capability,” he said during a panel discussion on the conference floor.

The manned-unmanned teaming capability fits squarely into the Army’s Scorpion program, a broad modernization plan to field new capabilities by 2040, officials noted at the panel. Such a capability would contribute to the service’s “collaborative combat” framework thanks to increased connectivity and the potential to integrate technology into future command-and-control tactical software, said Col. Hervé Fernando, who sits on the French Army Staff.

The service wants to achieve two main ambitions with its future rotorcraft, Fernando said during the panel. “We have to be able to detect, to observe, to understand, and to decide and act faster than the enemy, [while the] second ambition could be the fact of penetrating, fighting and being efficient in the most contested environments,” he said.

Several challenges lie ahead for these aircraft, including mobility and survivability, Fernando added, and the Army must first conduct studies to learn how to better conserve energy as part of improving their ability to operate in degraded environments.

He also said the aircraft require improved threat detection capabilities, as the number of friendly and unfriendly assets flying low in areas of operation will only grow over the next few years.

Another challenge relates to observation, detection and aggression, which the Army wants to meet by improved the accuracy of sensors and shooters in its major assets, but also across other platforms to fill out the collaborative combat environment of the future, Fernando said.

The three new helicopter platforms are expected to better integrate into an increasingly digital environment, and they’re to feature new armaments such as laser-guided rockets and missile systems that provide the ability to strike beyond the line of sight.

The new NH90 Caiman standard, which will comprise 10 aircraft designated for special forces, is in development by NHIndustries, a consortium made up of French company Airbus, Italian firm Leonardo and Fokker Aerostructures, which is a subsidiary of a British business GKN.

Meanwhile, Airbus is building the H160M Guepard for France, along with the Tiger MKIII helicopters for both France and Spain. France is set to receive 42 new Tiger helicopters, while Spain will receive 18.

Germany has yet to make a decision on whether to join the Tiger upgrade program, representatives from Airbus and OCCAR — the intergovernmental procurement agency handling the program — confirmed to Defense News during Eurosatory.

Kammerer described the Guépard program as “a very huge project” to design one helicopter to replace five existing fleets across the armed services, comprising the Alouette, Fennec, Gazelle, Panther and Dauphin platforms. The DGA has ordered 169 aircraft — 80 for the Army, 49 for the Navy and 40 for the Air Force — which are under development by Airbus.

Vivienne Machi is a reporter based in Stuttgart, Germany, contributing to Defense News’ European coverage. She previously reported for National Defense Magazine, Defense Daily, Via Satellite, Foreign Policy and the Dayton Daily News. She was named the Defence Media Awards’ best young defense journalist in 2020.