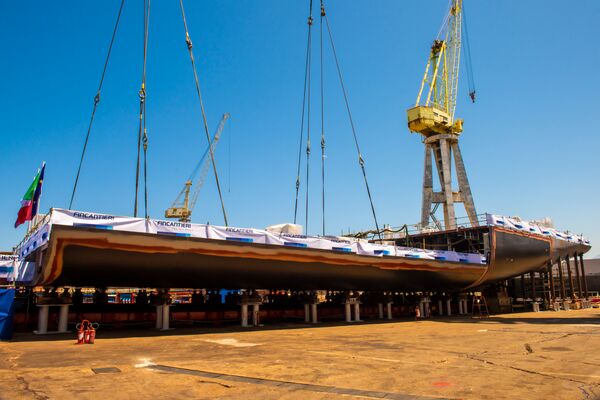 Fincantieri lays the keel for Qatar‘s new LPD at its Palermo yard on 17 May. (Fincantieri)

An official keel-laying ceremony was held at the shipbuilder’s yard in Palermo on 17 May.

Fincantieri is building the LPD for Qatar under a contract awarded in 2016. The multiship order, worth EUR4 billion (USD4.16 billion), also includes the delivery of four Al Zubarah-class corvettes and two offshore patrol vessels (OPVs).

The LPD is based on the 143 m Batiment de Débarquement et de Soutien Logistique (BDSL)
Kalaat Beni Abbes
built by Fincantieri for the Algerian National Navy and delivered in 2014.

Get the full article by
subscribing to Janes