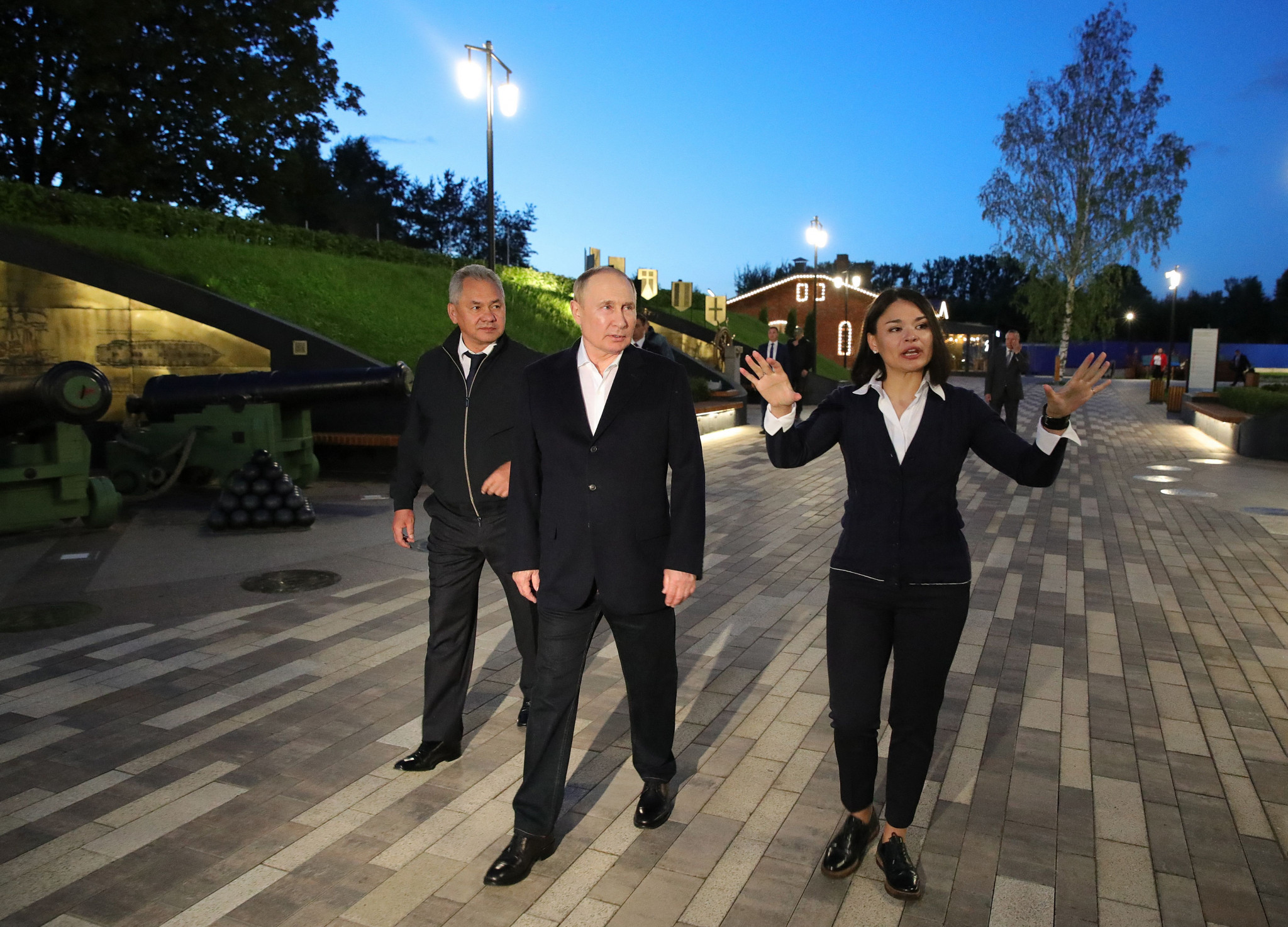 Shoigu, who is the daughter of Defence Minister Sergei Shoigu, appears in a video featuring Putin, where the leader of the country appears to be limping.

She was giving the Prime Minister a tour of a military museum as part of Russia’s Navy Day celebrations late last month.

Sergei Shoigu has been Russian Defence Minister since 2012, overseeing the annexation of Crimea in 2014.

Ukraine opened a criminal case against Shoigu in July 2014, accusing him of helping to form “illegal military groups” in Eastern Ukraine.

When Russia invaded on February 24, he said it was “to protect the Russian Federation from the military threat posed by Western countries, who are trying to use the Ukrainian people in the fight against our country”.

Ksenia Shoigu remains the President of the RTF, with the National Federation still affiliated with World Triathlon despite Russia’s involvement in the war.

Russian and Belarusian athletes, coaches and officials are affected however, in line with International Olympic Committee recommendations, and are suspended from World Triathlon events.

“World Triathlon followed immediately the recommendations from the IOC, and the Executive Board approved on March 1, 2022 that no athlete, coaches or officials from Russia or Belarus are allowed to compete at any World Triathlon event, including all Russian and Belarus officials and members of National Federations that were serving in all our governing boards, Committees or Commissions,” said World Triathlon to insidethegames in a statement.

“This policy is still in place, and is reviewed by the Executive Board on every Board meeting.”

insidethegames has contacted World Triathlon again for further clarification on Ksenia Shoigu’s links to the Defence Minister and Prime Minister of Russia.

The Russia will be left without equipment: the Armed Forces of Ukraine destroyed the last bridge in the Kherson region

The Russia will be left without equipment: the Armed Forces of Ukraine destroyed the last bridge in the Kherson region