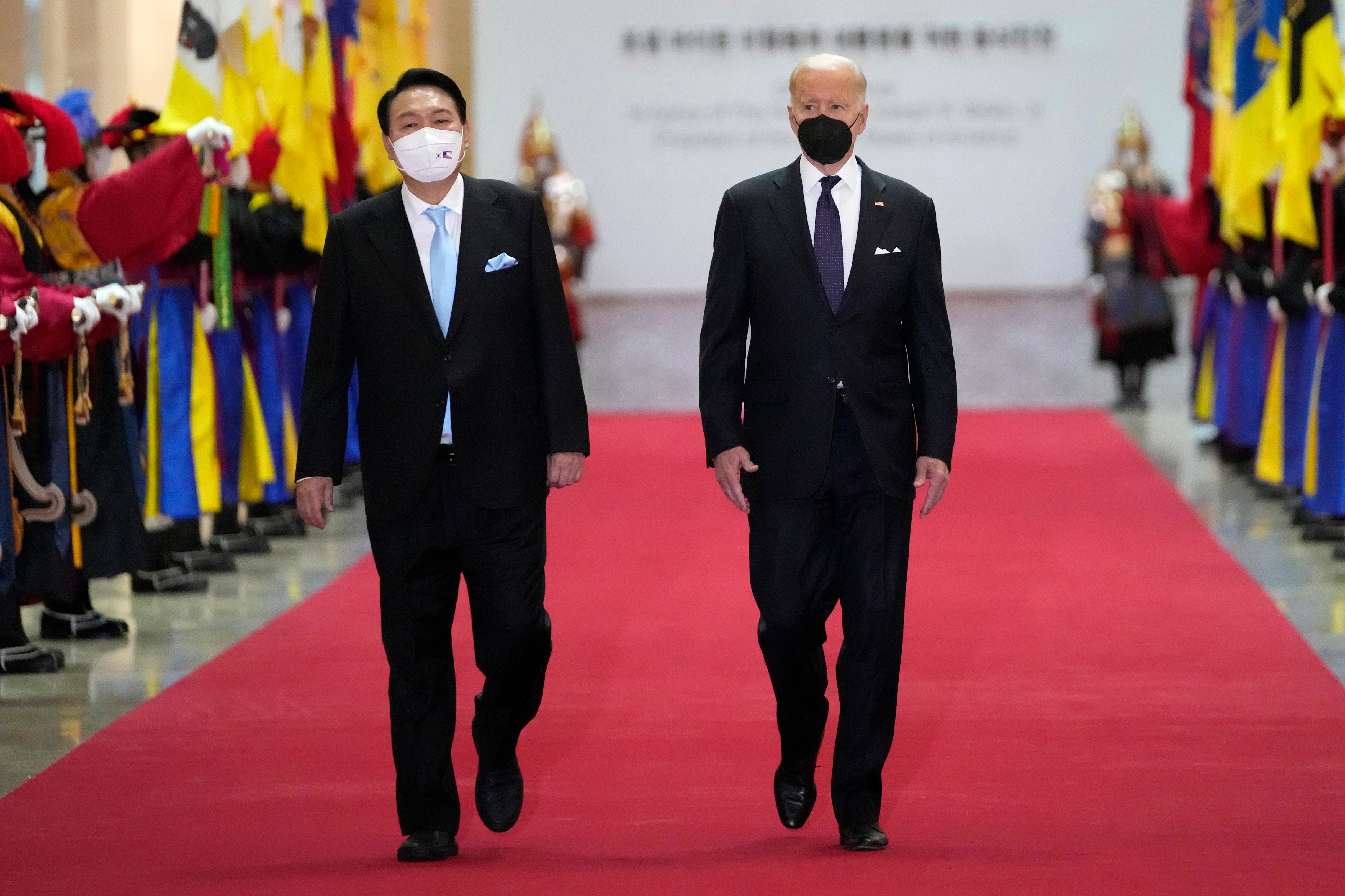 U.S. President Joe Biden and South Korean President Yoon Suk Yeol said that they will consider expanded joint military exercises to deter the nuclear threat from North Korea at a time when there’s little hope of real diplomacy on the matter. (May 21)

South Korea’s Joint Chiefs of Staff said in a statement that the missiles were fired toward waters off North Korea’s eastern coast. The statement gave no further details.

The launches were North Korea’s 17th round of missile firings this year. Experts have said North Korea’s testing is aimed at modernizing its weapons arsenal and at applying pressure on its rivals amid long-dormant nuclear diplomacy.

North Korea’s unusual pace in weapons tests this year included its first test of an intercontinental ballistic missile since 2017 in March.