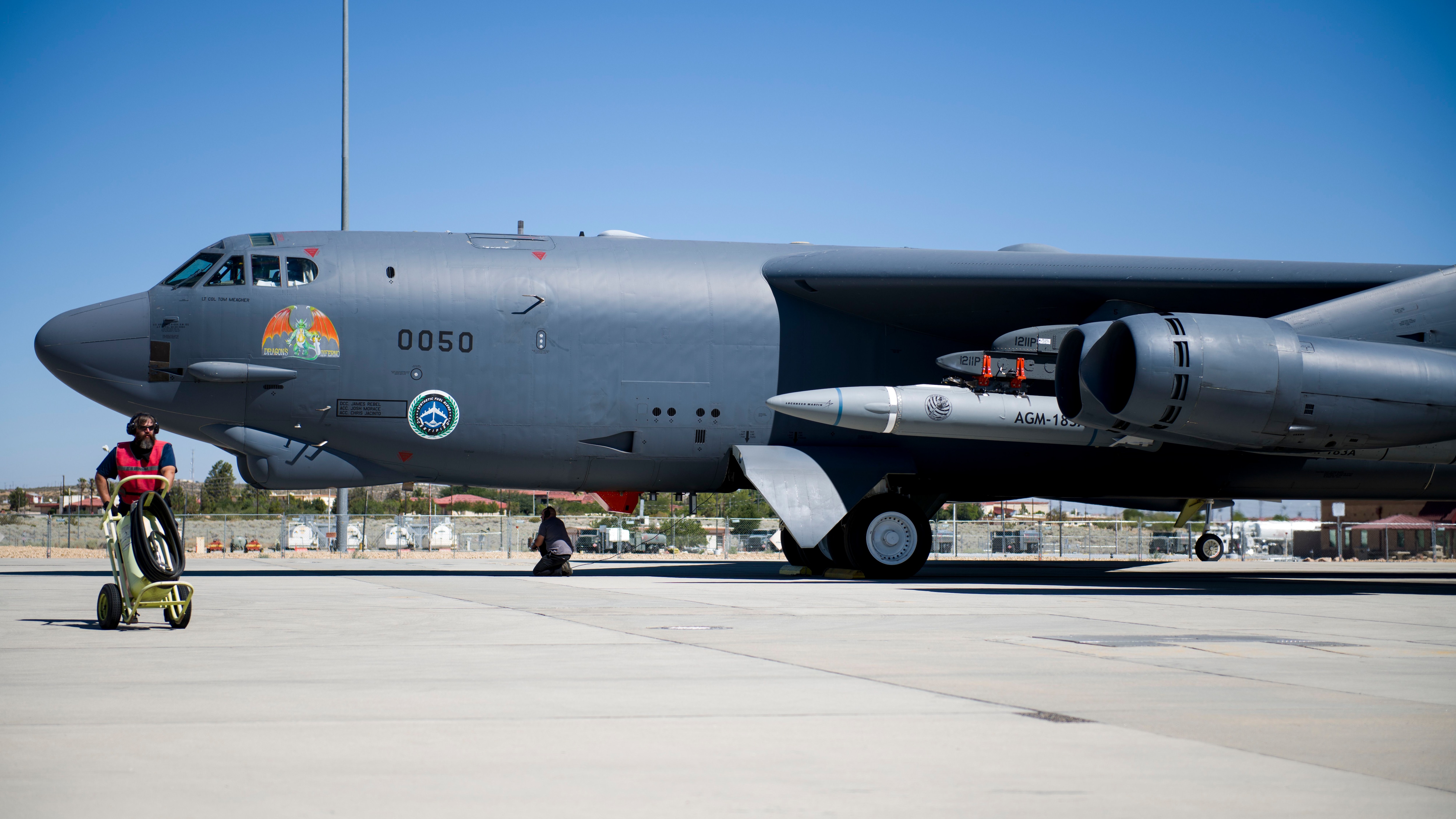 WASHINGTON — The Air Force successfully tested its AGM-183A Air-Launched Rapid Response Weapon Saturday, potentially giving the beleaguered hypersonic program a shot in the arm and a path to procurement.

The test off the coast of Southern California broke a streak of three testing failures last year; during each ARRW had problems during launch.

Those testing failures, as well as other delays, derailed plans to start procuring ARRW weapons this year. Air Force Secretary Frank Kendall last month said successful tests would be a prerequisite before reconsidering whether to buy ARRW.

During Saturday’s test, a B-52H Stratofortress released an ARRW, its booster ignited and it accelerated to at least five times the speed of sound, the service said in a release Monday night.

“This was a major accomplishment by the ARRW team, for the weapons enterprise, and our Air Force,” said Brig. Gen. Heath Collins, the service’s program executive officer for weapons. “The team’s tenacity, expertise, and commitment were key in overcoming the past year’s challenges to get us to the recent success. We are ready to build on what we’ve learned and continue moving hypersonics forward.”

Lockheed Martin, the main contractor on the ARRW program, said more test flights of its booster and all-up-round are planned through the remainder of 2022. The program is expected to reach early operational capability in 2023, according to the contractor.

Hypersonic weapons can travel at speeds greater than Mach 5 and can maneuver midflight, making them capable of penetrating enemy defenses. Their speed and maneuverability also make them much harder to track and shoot down than ballistic missiles. China and Russia have invested heavily in hypersonic research, and some lawmakers have expressed concern the United States is falling behind in developing its own versions of the weapons.

The Air Force had originally planned to start buying ARRW hypersonics this year. But in March, Congress passed a spending bill for the remainder of fiscal 2022 that cut nearly $161 million in procurement funding the administration had sought.

Congressional appropriators cited ARRW’s testing failures and delays, saying they had extended its schedule and jeopardized the chances of awarding a first production lot this year. Half of that $161 million in procurement funds was struck entirely under the omnibus bill, and the other half was transferred to fund further hypersonic research.

The Air Force also isn’t planning to buy any ARRWs in fiscal 2023 under its proposed budget, though it is hoping to increase spending on prototyping hypersonic weapons to $577 million next year.

Kendall has struck a cautious tone in recent months when discussing hypersonics — and the ARRW program in particular. At a conference in March, he noted another test was coming soon and that Lockheed Martin was working through the problems previous tests encountered.

But Kendall also said at the time “ARRW still has to prove itself,” and the service needs to think long and hard about the mix of weapons it wants for the future.

In another public appearance in April, Kendall said he wants to see some of ARRW’s tests succeed before making a procurement decision, though he wouldn’t elaborate.

Lockheed Martin said in a Tuesday release that aside from showing ARRW can reach and sustain hypersonic speeds, the test also showed it can safely separate from the aircraft carrying it and provided important data for future tests.

“The need for hypersonic strike capabilities is critical to our nation and this successful test will help us to maintain an accelerated and rigorous timeline,” Dave Berganini, vice president of hypersonic and strike systems at Lockheed Martin Missiles and Fire Control, said in the release.

The Air Force and the Defense Advanced Research Projects Agency in mid-March conducted a test of another hypersonic program, the Hypersonic Air-breathing Weapon Concept. That test was not announced for another two weeks to avoid worsening tensions with Russia, which shortly beforehand said it had used one of its own hypersonic weapons against Ukraine.