The History Of The NRA

The National Rifle Association is the oldest and largest organization of its kind in the United States, and one of the few organizations of its type in the world.

Few other organizations exist outside the US that openly advocate for the right of the common person to have and bear arms in their own defense as well as for sport. The dual mission of the NRA has been part and parcel to the organization from its inception to today.

The NRA is the single largest and oldest entity devoted to preserving our right to keep and bear arms, and one of the largest entities devoted to shooting sports.

So let’s go over the NRA’s beginnings through the present.

To Promote And Encourage Marksmanship: The Beginning Of The NRA

A National Rifle Association (titled as such) was proposed in 1861 by a number of Americans living in England, via letter to President Abraham Lincoln from R.G. Moulton and R.B. Perry.

They got the idea from the National Rifle Association of the United Kingdom, which was founded in 1859, with its first home area being Wimbledon Common.

The NRAUK was founded “to promote and encourage marksmanship throughout the Queen’s dominions in the interest of defence and the permanence of the volunteer and auxiliary forces, naval, military and air.”

Queen Victoria would grant the NRAUK a royal charter in 1890. In that year, the headquarters moved from Wimbledon to the National Shooting Centre in Bisley (for which the target grips for Colt revolvers are named) where it remains to this day.

While a National Rifle Association for the United States was proposed in 1861, it wouldn’t be chartered until 1871. After the end of the Civil War, the need to promote marksmanship was fresh in lot of minds.

Out of every ten soldiers who are perfect in drill and the manual of arms, only one knows the purpose of the sights on the gun or who can hit the broadside of a barn.

The organization was chartered in New York state by Captain George Wood Wingate and Willian Conant Church, the editor of the Army and Navy Journal. The first president elected to the corporate board was in fact General Ambrose Burnside, who would resign after less than a year and was replaced by Church.

Wingate sought funding – which was provided by the New York state legislature – for the construction of a rifle range, which was built in Creedmoor, Long Island. Wingate also sent representatives abroad to study marksmanship instruction.

By 1873, the Creedmoor range was open for business and rifle matches being staged there. The National Rifle Association was up and running. 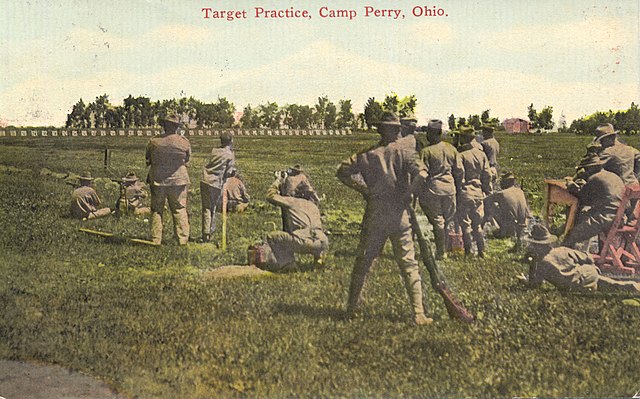 The early days of the NRA were devoted to marksmanship instruction and competition in shooting matches.

Among other successes in competition, an American team would win the Wimbledon Rifle Meeting in 1875, the annual long-range shooting match of the National Rifle Association of the United Kingdom. They were presented with the Wimbledon Cup by Princess Louise, which would later become the namesake trophy for the 1,000-yard rifle event of the National Matches.

Alongside the competition and marksmanship training efforts, the National Rifle Association also spearheaded the creation of state rifle associations, now present in all 50 states. Typically, you’ll find yours as State Rifle and Pistol Association, as the state-level affiliates of the NRA.

However, interest in long-range rifle matches began to decline which resulted in the closure of the Creedmoor range. The NRA moved their rifle matches to the National Guard camp in Sea Girt, New Jersey, and then again to Camp Perry with the advent of the National Matches.

State national guard units would begin soliciting NRA input on marksmanship instruction, which included input from George Wingate, who had authored a marksmanship manual as well as helping to start the Creedmoor range and early NRA matches.

Wingate’s material was seminal in the creation of the first US Army marksmanship manual, and the benefit of rifle competitions for military personnel as well as others was realized.

By the time of the Great Depression, the National Rifle Associations programs of marksmanship training and shooting sports – including pistol, rifle and shotgun events – were solidified, as their rifle, shotgun (skeet and trap) and Bullseye Pistol events being almost unchanged to this day.

The NRA Begins To Advocate For Gun Rights 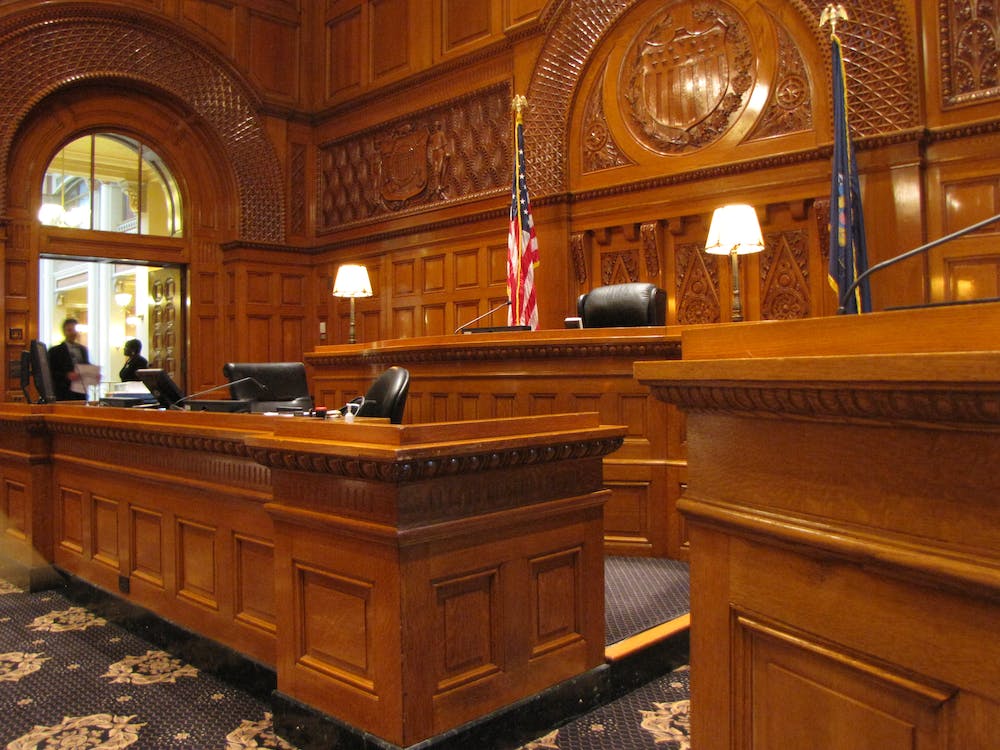 The evolution of the NRA took a significant turn with the passage of the Gun Control Act of 1968. While the NRA maintained an office in Washington D.C. for advocacy, the organization did not have quite the same profile that it does today.

This led to a groundswell of NRA members who wanted to expand the mission to lobbying for the safeguarding of gun rights. This led to the creation of the NRA’s Institute for Legislative Action, or the NRA-ILA, in 1975.

First headed by retired Border Patrol agent Hanlon Carter (who had served as NRA President from 1967 to 1969) the NRA-ILA began lobbying efforts that opposed gun control legislation. The new focus on gun rights led to a change in executive leadership at the 1977 NRA Meetings, which is sometimes referred to as the “Cincinatti Revolt.”

Carter was elected executive director of the NRA, and Neal Knox was appointed to head the NRA-ILA. Both would spearhead a sea change in the priorities of the organization.

After 1977, the NRA would begin to lobby Congress more aggressively to oppose gun control legislation, but would also oppose gun laws in court by filing amicus briefs in Supreme Court cases as well as lodging suit themselves, funding litigation costs and partnering with the ACLU on occasion.

In the modern era, opposing gun control legislation has become a core mission of the NRA.

Every major piece of gun legislation that has passed at the national level – as well as those that have been defeated – has been opposed by the NRA, both in its messaging to the public and to members and via lobbying efforts via the NRA-ILA.

The NRA has also lobbied for the passage of beneficial legislation, including the Firearms Owners Protection Act of 1986 – which makes it legal for people to transport firearms across state lines without fear of prosecution – and Protection of Lawful Commerce in Arms Act of 2005.

Lawsuits that the NRA has been involved in, either directly or via amicus briefs to federal courts, have included DC. vs Heller, Guy Montag Doe v. San Francisco Housing Authority, McDonald v. Chicago, the pending case New York State Rifle and Pistol Association v. Bruen, as well as numerous challenges to state laws across the country.

The fight to keep the Second Amendment alive and well is never-ending, and has become the core mission of the NRA along with education and competition.

Today, the National Rifle Association boasts more than 5 million members. The annual NRA Meetings, one of the largest events of its kind that is open to the public, are attended by tens of thousands of people every year including both members and non-members.

It is the single largest organization devoted to fighting for our rights as Americans, and our rights as human beings, to be armed for the preservation of our own lives. This right, like any right, can easily perish if enough people don’t prioritize them or remember why our Founding Fathers wrote the Second Amendment into the Constitution.

While the NRA has a long and rich history, the threat to our rights doesn’t end. The need for gun owners to have training, and for sportsmen and women to have the opportunity to pursue their hobby and their passion, remains as well.

The NRA is and will remain the single largest and staunchest ally that the law-abiding gun owners has for protecting their right to carry and bear.