The Russian invasion of Ukraine that began on Feb. 24 continues, with casualties mounting on both sides.

Ukrainian forces are putting up resistance using Western military aid, and President Volodymyr Zelenskyy regularly calls on the world to do more to help. Governments around the globe have imposed heavy sanctions against Moscow but have stopped short of direct intervention for fear of sparking a wider conflict.

For all our coverage, visit our Ukraine war page.

Entries include material from wire services and other sources.

Note: Nikkei Asia decided on March 5 to temporarily suspend its reporting from Russia until further information becomes available regarding the scope of the revised criminal code.

Here are the latest developments:

3:23 p.m. Mitsui & Co. and Mitsubishi Corp., stakeholders of Sakhalin Energy Investment Company, have slashed the asset value of the project by a combined 220 billion yen ($1.66 billion) amid uncertainty over a recent presidential decree. Mitsui reduced the asset value of its stake in the Sakhalin-2 energy project by 136.6 billion yen, while Mitsubishi reduced its by 81.1 billion yen. On June 30, Russian President Vladimir Putin signed a presidential decree to demand Bermuda-based Sakhalin Energy become a Russian company. 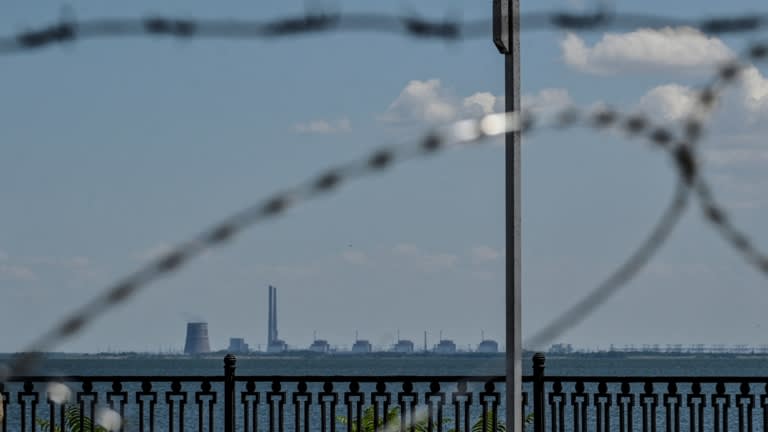 “Of course, the Ukrainians cannot fire back, lest there be a terrible accident involving the nuclear plant,” U.S. Secretary of State Antony Blinken said of how Russia is using the Zaporizhzhia power station.

11:50 p.m. The U.S. says Russia is using Ukraine’s biggest nuclear power plant as a “nuclear shield” by stationing troops there, preventing Ukrainian forces from returning fire and risking a terrible nuclear accident. U.S. Secretary of State Antony Blinken said Washington he was “deeply concerned” that the Zaporizhzhia plant — the same one from March that Russia was firing shells close to — was now being used as a military base to fire on Ukrainian forces. “Of course, the Ukrainians cannot fire back, lest there be a terrible accident involving the nuclear plant,” Blinken told reporters after nonproliferation talks at the U.N. in New York on Monday. Russia’s actions went beyond using a “human shield,” Blinken said, dubbing the ploy a “nuclear shield.”

4:38 a.m. U.S. Secretary of State Antony Blinken announces up to $550 million in arms and equipment for Ukraine. This “includes more ammunition for the High Mobility Artillery Rocket Systems (HIMARS) and 155mm artillery systems.” The latest installment brings the Biden administration’s cumulative military aid to Ukraine to about $8.7 billion.

4:30 a.m. “Today, humanity’s just one misunderstanding, one miscalculation, away from nuclear annihilation,” United Nations Secretary-General Antonio Guterres tells a United Nations nuclear nonproliferation meeting. “Nuclear dangers” are now at their highest “since the height of the Cold War,” Guterres tells the review conference for the Nuclear Non-Proliferation Treaty (NPT).

Speaking at the conference, Japanese Prime Minister Fumio Kishida urges nuclear weapons states to disclose information on their production of fissile materials. Japan “encourages the U.S. and China to engage in a bilateral dialogue on nuclear arms control and disarmament,” he says.

Both Russian President Vladimir Putin and U.S. President Joe Biden issue written remarks. “We believe that a nuclear war cannot be won and must never be fought,” Putin says. Biden says that the U.S. is ready to pursue a new nuclear arms deal with Russia. 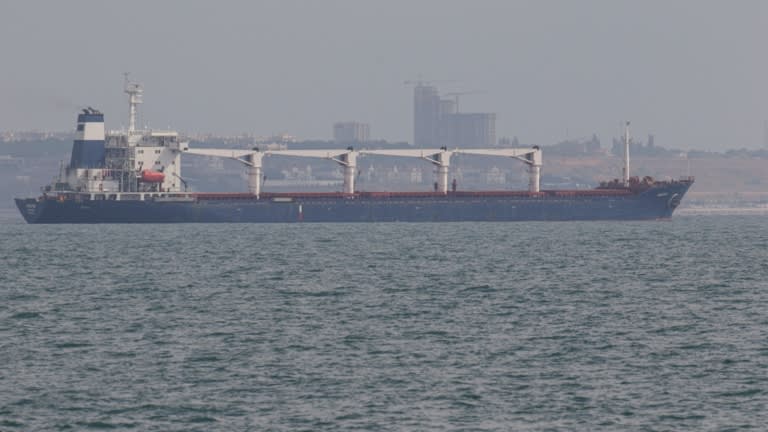 The Sierra Leone-flagged ship Razoni leaves Odesa with a shipment of corn on Aug. 1.

4:00 a.m. People from countries deemed “unfriendly” by Moscow would be barred from adopting Russian orphans under newly proposed legislation, Interfax reports. The bill has been introduced in the State Duma, Russia’s parliament. It leaves open the possibility of lifting the adoption ban on countries removed from the “unfriendly” list, according to Interfax.

5:00 p.m. The first ship carrying grain to leave Ukraine under a safe passage agreement will anchor off the coast of Istanbul around 1200 GMT on Tuesday for a joint inspection, Turkish Defense Minister Hulusi Akar says. Akar was speaking in an interview with Turkey’s state-owned Anadolu news agency after the Sierra Leone-flagged ship Razoni, which is loaded with corn, left the Ukrainian port of Odesa for Lebanon. As part of the agreement, a Joint Coordination Center was set up in Istanbul with personnel from the United Nations, Russia, Ukraine and Turkey.

3:46 p.m. A ship carrying Ukrainian grain has left the port of Odesa, the first to do so as part of a deal to unblock Ukraine’s Black Sea ports, Infrastructure Minister Oleksandr Kubrakov says. “The first grain ship since #RussianAggression has left port. Thanks to the support of all our partner countries & @UN we were able to fully implement the agreement signed in Istanbul,” he wrote on Twitter.

11:00 a.m. Anatoly Chubais, who resigned as a high-ranking adviser to Russian President Vladimir Putin and left Russia shortly after the invasion of Ukraine, was reported to be in intensive care in a European hospital on Sunday for a neurological disorder. Ksenia Sobchak, a Russian television personality and family friend of Chubais, said on Telegram that she had spoken with his wife and that he was suffering from Guillain-Barre syndrome, a rare disorder in which the body’s immune system attacks the nerves. Although Chubais did not state his reason for resigning in March, it was presumed to be because of Russia’s invasion of Ukraine. 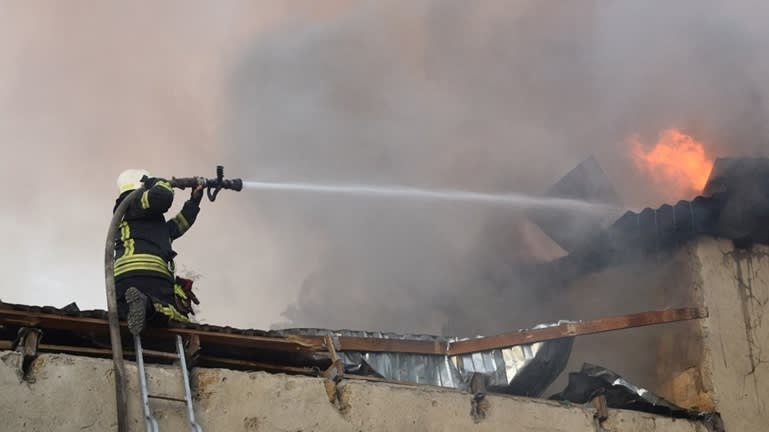 A firefighter works to douse a fire in a building, as Russia’s attack on Ukraine continues, in Mykolaiv, in this handout picture released on July 31.

8:31 a.m. Russian missiles pounded the southern Ukrainian port city of Mykolaiv early on Sunday, killing the owner of a major grain exporter, while a drone strike on Russia’s Black Sea naval base in Sevastopol was launched from within the city in a “terrorist attack,” a Russian lawmaker says.

Oleksiy Vadatursky, founder and owner of agriculture company Nibulon, and his wife were killed in their home, Mykolaiv Gov. Vitaliy Kim said on Telegram. Headquartered in Mykolaiv, a strategically important city that borders the mostly Russian-occupied Kherson region, Nibulon specializes in the production and export of wheat, barley and corn, and has its own fleet and shipyard.

5:29 p.m. Russian President Vladimir Putin says on Navy Day in St. Petersburg that the navy will receive hypersonic Zircon cruise missiles within months and that the location of their deployment will depend on Russian interests.

Before the speech, Putin signs a new naval doctrine setting out the force’s broad strategic aims, including its ambitions as a “great maritime power” extending over the entire world. The doctrine identifies the U.S.’s “strategic course towards dominance” in the ocean and growing NATO activity close to Russia as major security threats, the government’s Tass news agency reports.

4:51 a.m. Ukraine decides on a mandatory evacuation of people in the region around the eastern city of Donetsk, the scene of fierce fighting with Russia, President Volodymyr Zelenskyy says. In a late-night address, the president also says the hundreds of thousands of people still in combat zones in the larger Donbas region need to leave.

4 Weapons the War in Ukraine Is Proving Obsolete