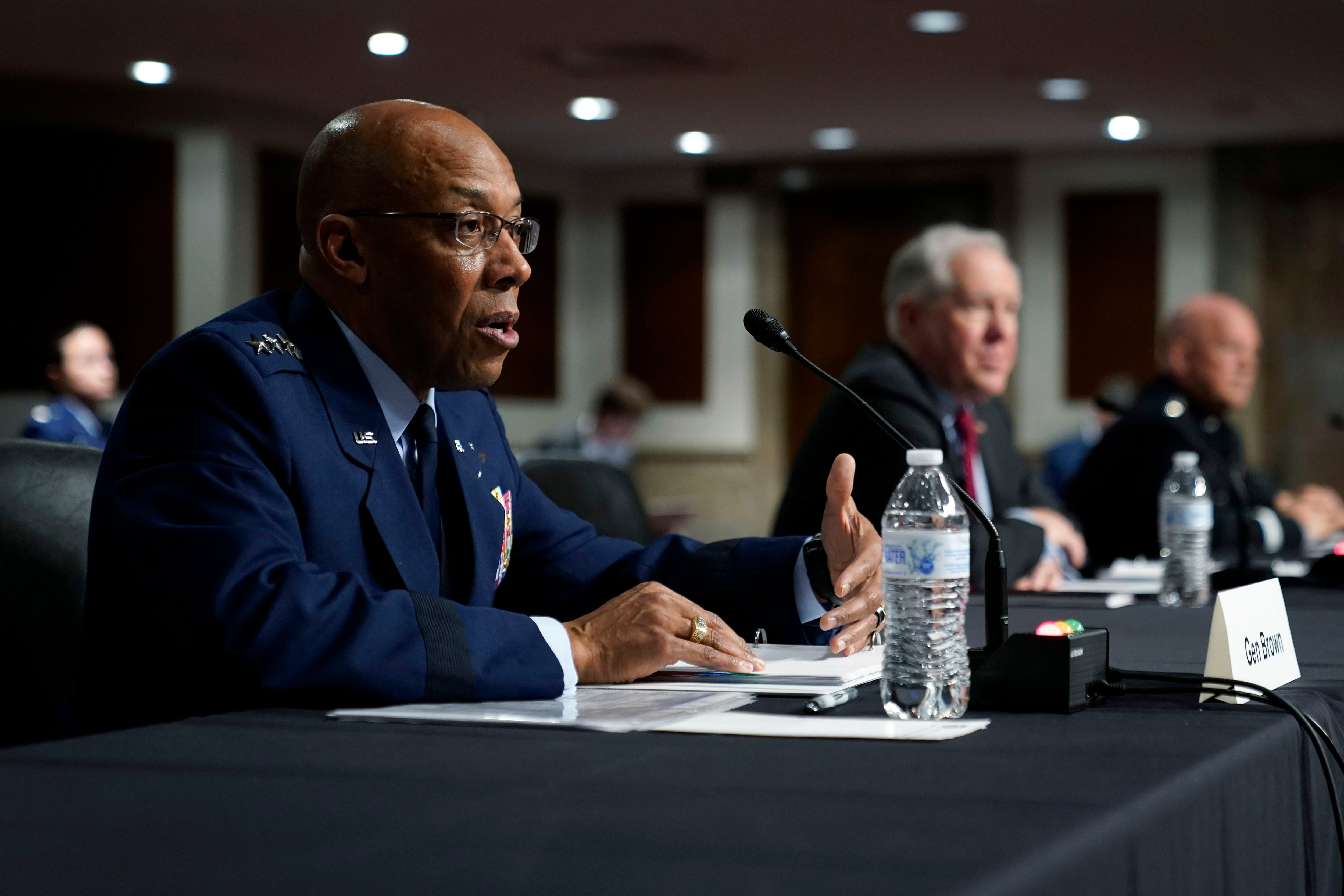 WASHINGTON — The U.S. Air Force must strike the right balance of old and new, saving and spending, to successfully build out its Advanced Battle Management System, according to the service’s chief of staff, Gen. CQ Brown.

Understanding exactly how dated technologies will interact with newer ones and what must be carried forward in favor of what must be left behind is “where some of the tension” resides when developing the next of generation of command and control, Brown said at a Hudson Institute event June 22.

“You look at some of our weapon systems, they were all developed at different times. Some of them were developed before the internet was a thing. So how do you then make something backward compatible? And in that lies part of our challenge,” Brown said. “And then how much do you invest? If it’s a radio or piece of hardware, if you’ve got to buy one for every single airplane, that gets pretty expensive.”

ABMS is the Air Force’s contribution to Joint All-Domain Command and Control, or JADC2, the Department of Defense’s vision of seamless information sharing across land, air, sea, space and cyber.

“You don’t want to be all the way back at the headquarters directing traffic or having the puppet strings. You need to allow the airmen to go out and execute, and that’s the key part. You’ve got to push the information forward,” Brown said. “ABMS is not just one system. What we find is we have a number of communication systems.”

Realizing those systems, though, has proven tricky. Congress dinged the endeavor before — slashing millions in funding — and watchdogs questioned its fitness.

In describing ABMS as one of his seven “operational imperatives,” Air Force Secretary Frank Kendall has called for spending discipline and tangible success.

Moving forward, the Air Force is focusing on what systems can breeze ahead and what needs tinkering to remain effective and compatible with key information streams, according to Brown.

In some cases, a data translator is needed. In others, it’s not so simple.

“Those who have followed this ABMS journey, they’ve probably seen that it’s evolved over time as we learn more,” Brown said. “I think, in some cases, we were very visionary about what we wanted to do, starting out.”

Colin Demarest is a reporter at C4ISRNET, where he covers military networks, cyber and IT. Colin previously covered the Department of Energy and its NNSA — namely Cold War cleanup and nuclear weapons development — for a daily newspaper in South Carolina. Colin is also an award-winning photographer.